The Meringues are the personification of ragged, unbridled energy, both on stage and in the music that they have created for their debut self-titled release. There is more than just random chaos though. There is a focused energy, enveloped around songs that possess catchy, memorable melodies and lyrical sentiments that are bitingly fierce, striking to the core of relationship dysfunction and the prevalence of self-doubt and darkness that exist within so many of us.

At the core of this Kingston, Ontario based group, described by some music industry observers as the epitome of the post-punk revival, are the duelling lead vocals of Amanda Pants and Ted Evans. They have a torrid, almost theatrically manic partnership, infused with a broiling tension that gives each stage performance a delightful unpredictability and emotional intensity that enthralls audiences.

A Meringues show is must-see, as the band tears through each song, seeming in constant danger of going off the rails.

“People always ask us if we’re a real couple … that’s for you to figure out. What you see on stage is a representation, even an exaggeration of who we are as people and as musicians. The way we act, the chaos we sometimes create, the feeling that we’re really going to implode – it’s something that’s developed naturally, and something that we don’t fight. We just let it happen and see where the energy takes us,” said Evans, a veteran of a number of eastern Ontario bands, who first met Amanda in 2011, while both were in other projects. 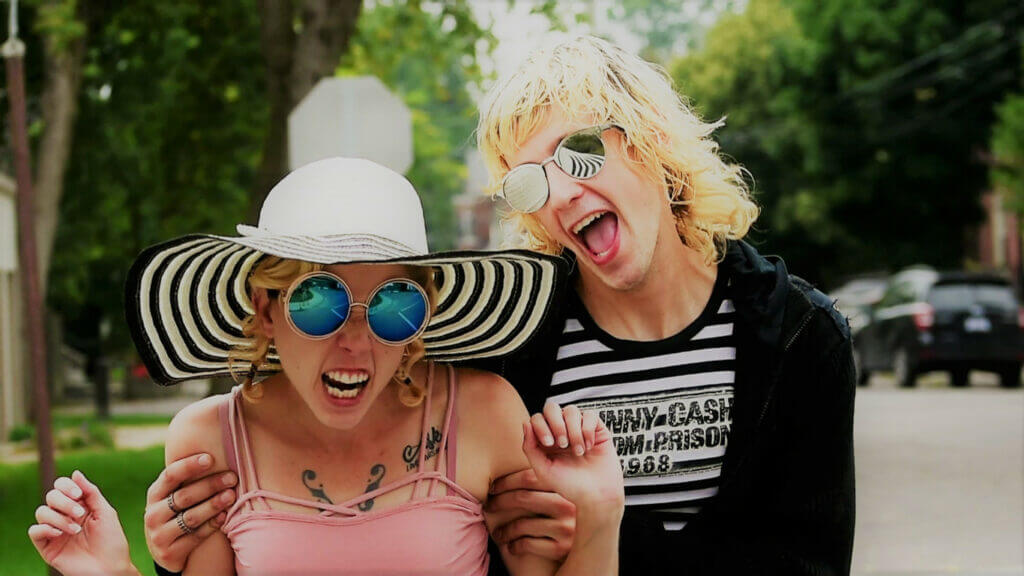 “We don’t give people a straight answer to the question about my relationship with Amanda, because there is no straight answer. It’s something that is not choreographed, it’s not theatre for its own sake, even though it is pretty dramatic. What makes The Meringues special is in the interplay and the sparks that fly when we’re on stage with the band. It’s become part of the show, but a very real, very fun and unpredictable part of the show.”

The Meringues is an album that blissfully and accurately captures the temperamental and mercurial nature of Pants’ and Evans’ enigmatic partnership – one that blurs the lines between what is real, what is exaggerated, and what is simply in the imagination of the observer. And in that way, it could be said to be representative of so many tempestuous and torrid relationships that are fighting to survive every day.

“The songs, like the stage show, are exaggerations of our relationship. With any kind of partnership, there are bad days and good days. We have had our struggles for sure. It’s all personal, it’s all from our lives – but written in a way that takes the ideas to the next level. In some of the songs we’re saying it’s the end to the relationship, even though in real life it’s not,” said Evans.

The album was recorded with noted producer/musicologist/professor Matt Rogalsky acting as both producer and recording/mixing engineer. The method of recording meant many rehearsals with the backing musicians, which was a good thing in that it allowed the songs to be distilled, refined and reworked to ensure the best quality and the most passionate performances captured on tape.

Such was the case for the album’s first single and video, Tell Me Twice, which Evans said took a long time for all the musicians involved to wrap their heads around composition wise, but once they did, and once they began rehearsing the song and playing it live, the band knew they had a signature song on their hands.

“We were kind of annoyed with the song at first because there were some chord progressions and other parts that everyone struggled to learn. But then we started playing it at shows and it was the first song we’ve ever had where people were coming up asking what its name was and where they could get it,” Evans said.

“It was a pivotal song for us because it showed us that we could write material that could translate well both on record and on stage. It proved to us that we had the goods to do this album. It has really got us thinking in new and bigger ways. Lyrically, it’s about a relationship where there’s not a lot of trust and asking to be told something twice because we’re not taking it at face value the first time.” 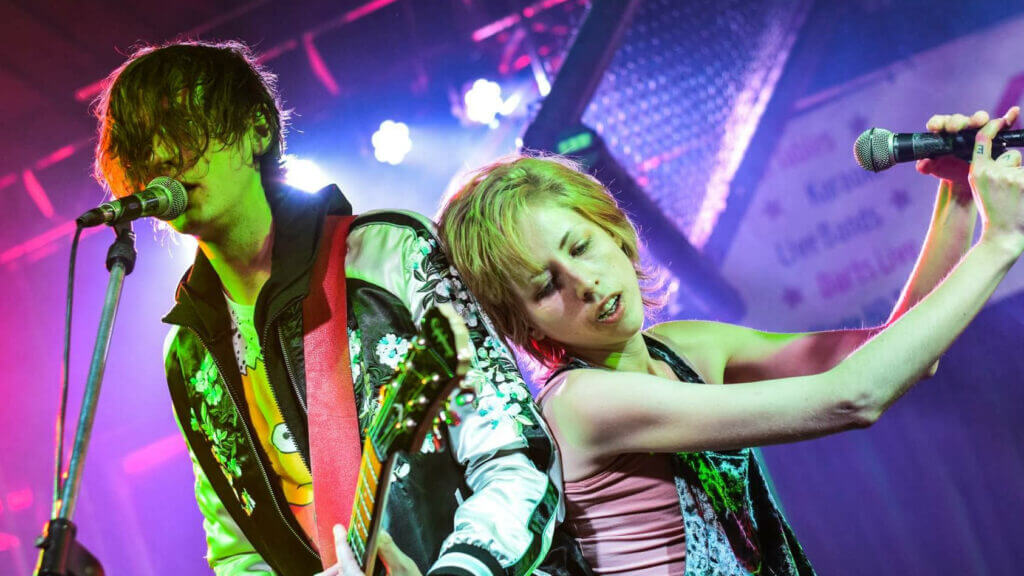 The song In Your Head follows a similar thread, where two people are in the midst of a fight based on a misunderstanding or misapprehension of the true facts.

“It’s saying ‘you went with the first assumption you had in your head, not waiting for the real facts and now we’re up the rails in this huge conflict,’” Evans said, adding that another potential single from the album, Little Bit is about one of the protagonists in a stormy relationship wondering if it’s all worth it.

“In the song I am out at a bar and it’s supposed to be great fun, but I am sitting in the back softly sighing. And at the beginning I say I only go out when it’s raining just a little bit. It’s an interesting image. It’s sort of a metaphor that’s saying things aren’t terrible, but they’re not great. There’s a little bit of greyness and dampness going on at all times – like it’s always raining a little bit.”

As a performing entity, the Meringues have stepped up their game, recently sharing the stage with Monowhales, punk legends D.O.A. and SNFU, Say Yes and Secret Broadcast.

As a performing entity, the Meringues have stepped up their game, recently sharing the stage with Monowhales, punk legends D.O.A. and SNFU, Say Yes and Secret Broadcast. Evans said they have also benefited greatly from growing up in the very active Kingston music scene – the home of such noted acts as The Tragically Hip, members of Moist, Sarah Harmer, Hugh Dillon of The Headstones and more recently, 2018 Juno winners The Glorious Sons.

“Just being part of this scene, and seeing the success of the Glorious Sons, and seeing the guys from The Hip still around town is really inspiring. It’s shown us that it is possible to be in a band and make it your life and your career,” he said.

Just being part of (the Kingston) scene, and seeing the success of the Glorious Sons, and seeing the guys from The Hip still around town is really inspiring. It’s shown us that it is possible to be in a band and make it your life and your career.
– Ted Evans, The Meringues

As stage performers, The Meringues are a force of nature, with a potent blend of wildness, wistful exuberance and an in-your-face posturing that speaks to the band’s punk influences. But as their debut album shows, Pants and Evans are also capable of true emotive artistry and raw authenticity in their songwriting.

It is undoubtedly a combination that will continue to draw in those who appreciate music for its raw energy and passion and propel The Meringues to levels that mirror those of some of their hometown musical heroes.