Listen to our interview with Sarah Harmer on the November 2020 episode of the Kingston Live Podcast.

A native of Burlington, Ontario, Sarah Harmer is a renowned, JUNO Award-winning singer/songwriter who rocketed from the Kingston music scene of the nineties.

Harmer gained her first exposure to the musician’s lifestyle as a teenager, when her older sister Mary started taking her to concerts by the then-unknown The Tragically Hip. At the age of 17, she was invited to join a Toronto band, The Saddletramps. For three years, she juggled The Saddletramps with her studies in philosophy and women’s studies at Queen’s University.

After leaving The Saddletramps, Harmer put together a band of her own with several Kingston, Ontario musicians, and settled on the name Weeping Tile. The band released its first independent cassette in 1994. Soon afterward, they signed to a major label, and the cassette was re-released in 1995 as eepee. The band quickly became a popular draw on the rock club circuit and on campus radio with their subsequent albums, but never broke through to the mainstream, and broke up in 1998 after being dropped from their label. 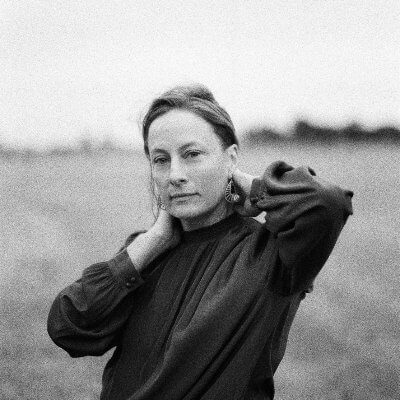 Also in 1998, Harmer recorded a set of pop standards as a Christmas gift for her father. After hearing it, her friends and family convinced her to release it as an album, and in 1999 she released it independently as Songs for Clem. Harmer quickly began working on another album, and in 2000, she released You Were Here.

A poppier, more laid-back effort than her work with Weeping Tile, You Were Here became Harmer’s mainstream breakthrough, spawning the hits “Basement Apartment” and “Don’t Get Your Back Up”. The album also appeared on many critics’ year-end lists, including TIME magazine, which called it the year’s best debut album. It was eventually certified platinum for sales of 100,000 copies in Canada. Almost half of the album (including both of its major hits) consisted of songs she had previously recorded with Weeping Tile or The Saddletramps.

In 2004, she released All of Our Names. The album included the singles “Almost”, which made the top 20 on Canadian pop charts, and “Pendulums”. The album has a rustic earthy live-of-the-floor sound with some of the instrumentation, programming pre-production recording conducted in her home Northeast of Kingston, Ontario. The album was co-produced by Gavin Brown

Her fourth album, I’m A Mountain, was released in Canada on November 8, 2005. Sarah has performed and canvased in support of the NDP and Marilyn Churley, her friend in the fight for the protection of the Niagara Escarpment. The album states that it has been: “Engineered, mixed and produced by Sarah Harmer and Martin Davis Kinack at her house.”

In 2010, Sarah released her fifth release, Oh Little Fire, which was co-produced by Gavin Brown, who assisted with her earlier All Our Names and features Neko Case on guest vocals.

Sarah, during her five year break between her last two recordings, appeared as a guest vocalist on other artists’ albums, including Blue Rodeo, Neko Case, Bruce Cockburn, Great Big Sea, Rheostatics, The Skydiggers and The Weakerthans.