Kasador first came together in 2015, with an energetic live show born out of university house parties and a moniker paying homage to the band’s beginnings as the Will Hunter Band, reflecting a collaborative approach to song writing that can be heard in the bands ability to blur lines between rock, funk, singer/songwriter and pop music. Debuting with 2016’s self-titled and self-produced EP ‘KASADOR’, the band toured extensively through Canada and the USA earning a reputation for their engaging live performances and relentless work ethic. Refusing to slow down the band released a follow up 2-track single titled ‘Come Get Yer Money’ in 2017, right in the middle of a 2 year span that saw the band play just shy of 200 shows. 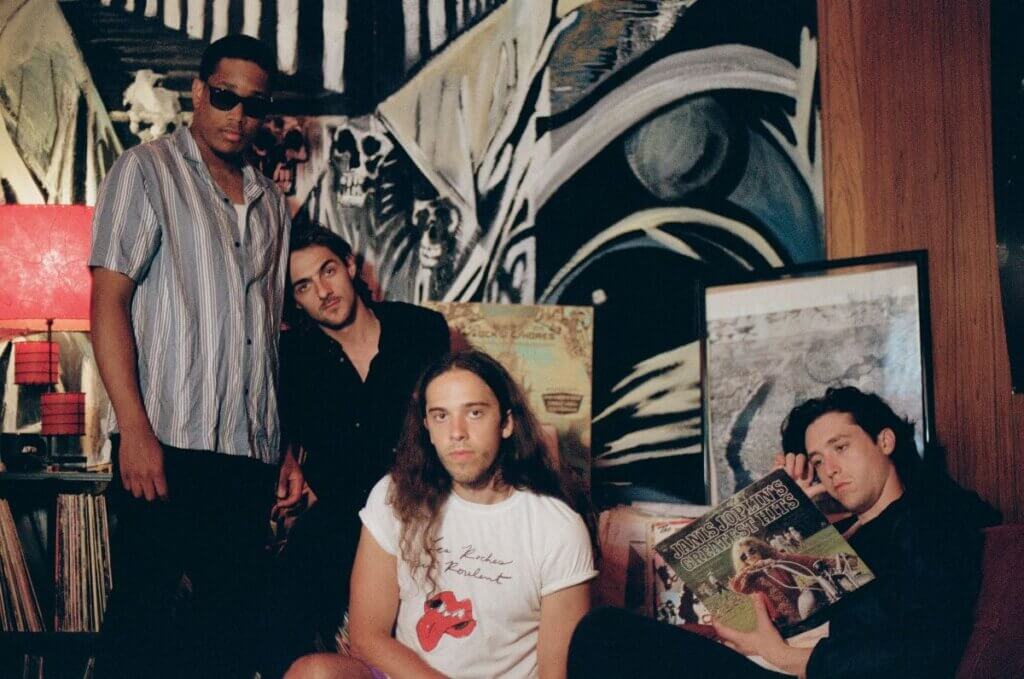 Finally in March of 2018 the band took a step back to focus their efforts on their first full-length record. Enlisting the help of producers Graham Walsh of Holy F*ck, and Rob Baker and Gord Sinclair of The Tragically Hip, the band spent a total of 27 days at Bathouse Studios over 4 sessions. The album was engineered by Nyles Spencer (Half Moon Run, Sam Roberts Band, Arkells, The Strumbellas), mixed by Mark Vreeken (King Crimson, Leonard Cohen, and Neil Young), and mastered at Gateway Mastering Studios by Adam Ayan (The Rolling Stones, Foo Fighters, Bruce Springsteen, Rush, Paul McCartney and Pearl Jam). BROOD & BLOOM was released on October 4th, 2019.

Kasador’s lead-off single and title track ‘Brood & Bloom’ was released in March 2019, and was a new sound for listeners. “The song was a statement for us. Musically we were going somewhere we’d never gone before, and lyrically the song embodies what’s to come on the album. After a year away from shows, we made a conscious decision to come back hard and heavy, and show a new side of this band”. ‘Brood & Bloom’ cracked the top 40 for Canadian alternative and rock radio charts, peaking at #27 and #37 respectively – the only song from an independent band in the top 40 at the time. Follow-up single ‘High Rise’ was released in June and was followed by the bands first cross Canada tour in July 2019.

On September 7, 2021, Kasador announced that founding member and guitarist, Will Hunter, would be replaced by Jonas Lewis-Anthony of Kingston’s The Wilderness. “Will decided to leave the band at the start of the pandemic. This was a personal choice of Will’s, and we are all still incredibly close friends. We still love Will like a brother, the only thing that has changed is he is no longer in Kasador,” explained a statement from the band. “Jonas is still the singer for The Wilderness. However, he is also now a member of Kasador. That’s rock n roll baby.”

1 person bookmarked this place
We use cookies on our website to give you the most relevant experience by remembering your preferences and repeat visits. By clicking “Accept All”, you consent to the use of ALL the cookies. However, you may visit "Cookie Settings" to provide a controlled consent.
Cookie SettingsAccept All
Manage consent