David Parker is an artist and musician playing music in projects that are experimental, drone, and improvised, collaborating in ensembles and performing solo improvised work. He writes, records and performs singer-songwriter material and was previously known as Slow Man Tofu. 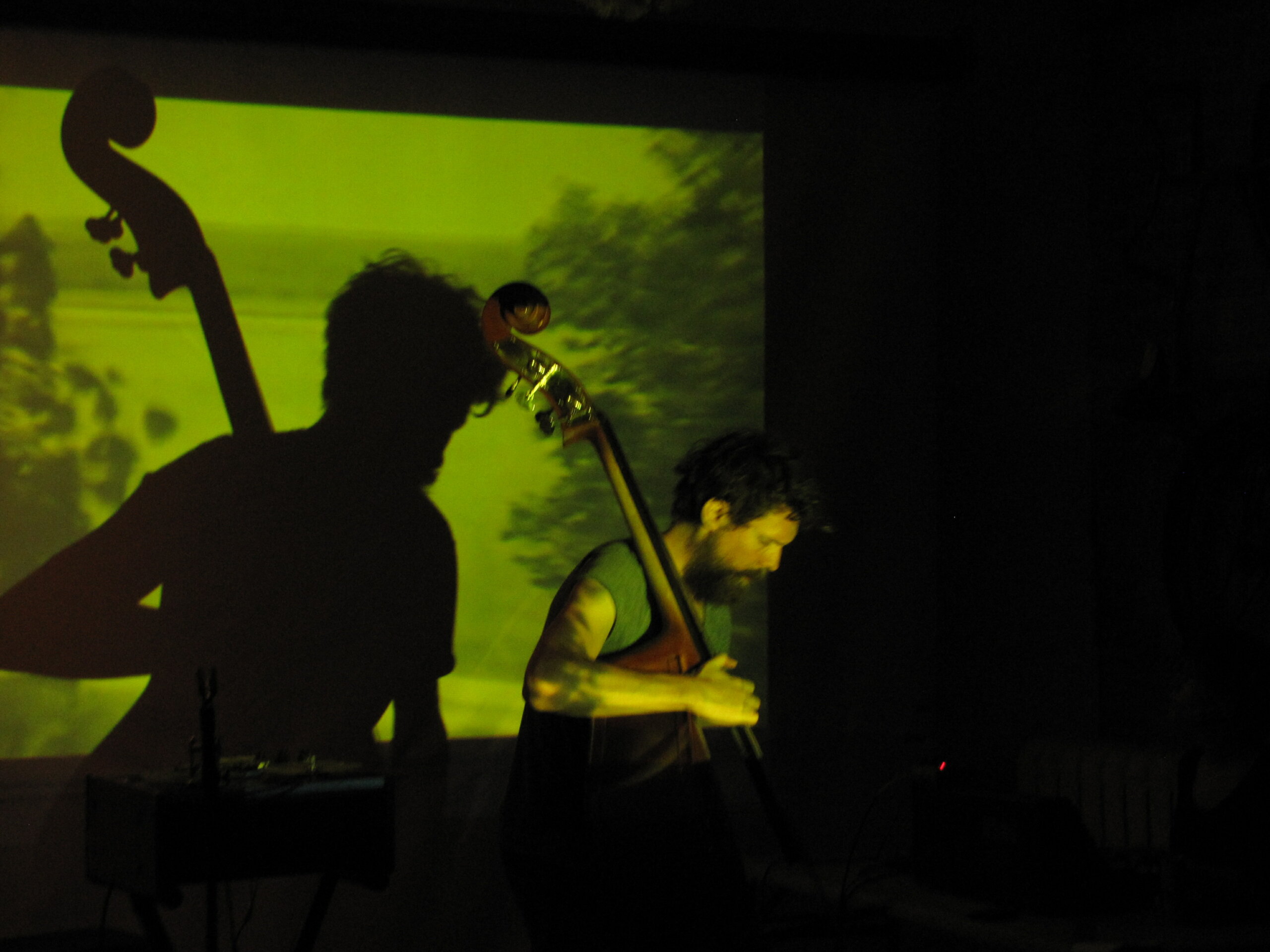 Parker has released two full-length albums with producer Matt Rogalsky and performed dozens of shows around Ontario and Quebec. For 4 years he played upright bass and electronics as part of the experimental duo Fire Moss. Fire Moss released 3 albums, performed at the Tone Deaf Festival and the In The Soil Arts Festival (2016). He has collaborated with Stefan Christoff and released an EP of duets with the Howl Arts Collective. David has done sound and music design for theatrical productions by The Caravan Stage Company and Single Thread Theatre.

David’s digital media artwork uses micro-controllers and audio processing in a collaborative duo with circus aerialist and movement artist Jane Kirby of Lowlit Aerial Arts. Kirby and Parker have performed at the Skeleton Park Arts Festival in Kingston (2015), and the Contemporary Circus Arts Festival Toronto (2014). They were Media Artists In Residence at the Modern Fuel Artist Run Centre in Kingston, ON (2015).

​
Is this yours? Claim this listing!