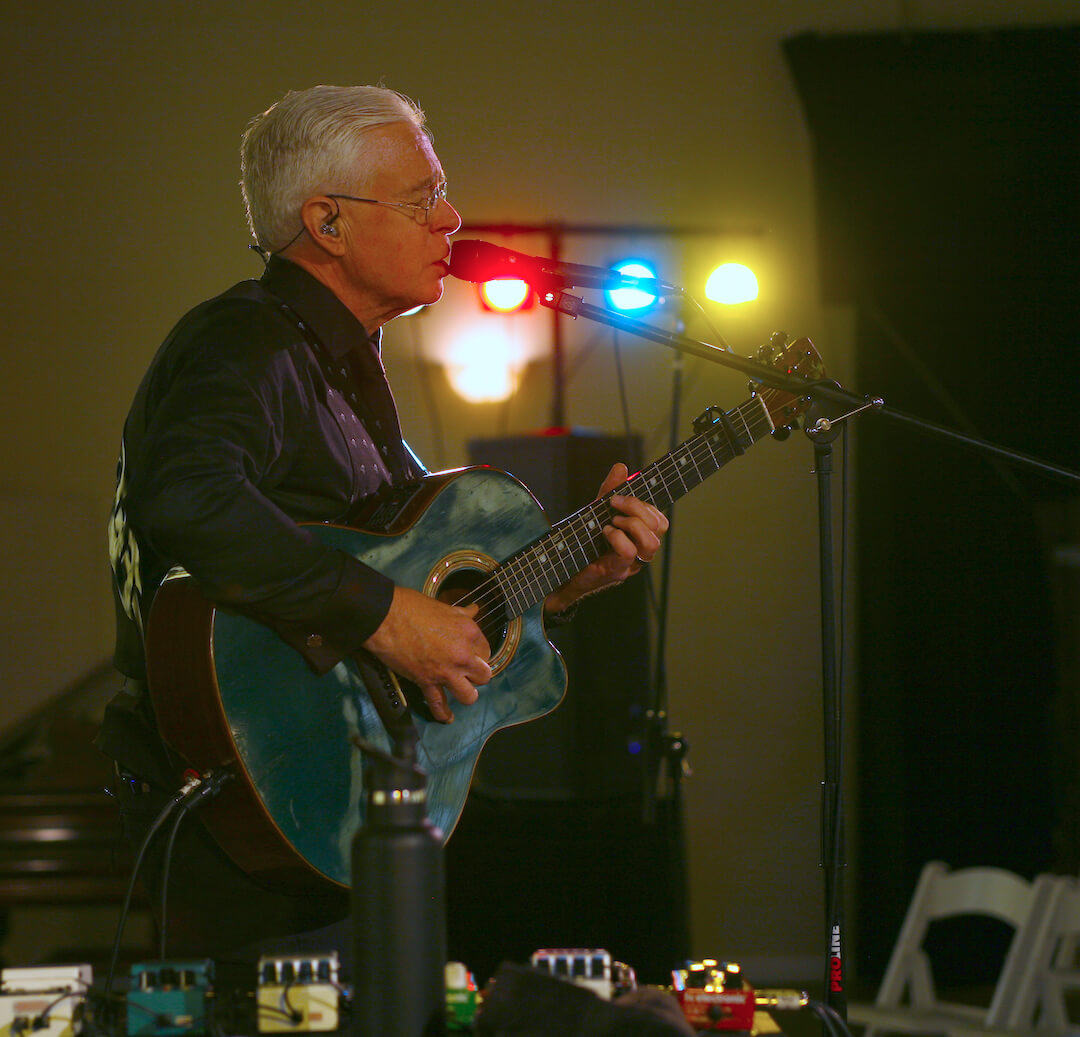 Grand OnStage is proud to present the multi, multi, award-winning Bruce Cockburn for a special night of live music at Kingston Grand Theatre.

Tickets for this performance start at $44.50 plus HST and handling fee, and will be available for purchase online here.

Is it really fifty years ago that Bruce Cockburn’s first album came out ?

Indeed it is. His eponymous titled album which included Going To The Country and Musical Friends was released on April 7, 1970. Coincidently it was also the first album released by True North records. TN 1 was its catalogue number.

Although mostly recorded in late 1969 the first album hit the stores and airwaves in 1970 and started the long long journey that continues to this day.

Here’s what Bruce has to say:

In 1969, when I was feeling the need to record an album of the songs I’d been writing, I had no concept of what that might lead to. Not unusual for a young person I guess. In some organic way it felt like it was time. The future wasn’t really an issue. It still isn’t. For each of us, there’s a future or there isn’t. But looking back over the arc of fifty years of recording, performing, and travel, not to mention relationships and personal challenges, I can only shake my head and mutter a word of thanks for all of it. Even if I’d been a planner by nature, I doubt I could have predicted how things have gone.

And they’re still going! Bruce has now released 34 albums and played thousands of concerts around the world, something that he continues to do to this day.

The presentation of live shows and events at Kingston Grand Theatre is subject to all provincial and public health guidelines in place at the time of the scheduled performance. COVID-19 safety measures can be found here. Currently, as per Ontario guidelines, all patrons must show proof of COVID-19 double vaccination to be permitted entry into the facility.