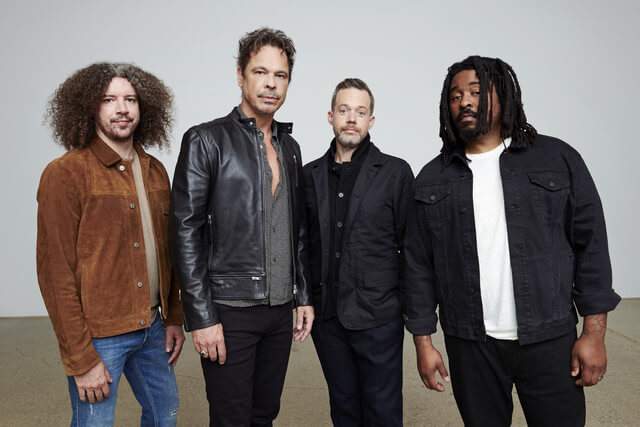 Advance tickets for this performance start at $54.50 plus HST and handling fee, and are available for purchase online here.

Big Wreck Fronted by Toronto singer/songwriter/guitarist Ian Thornley, Big Wreck burst onto the scene in 1997 with their debut album In Loving Memory Of…, including the hit singles, “That Song,” “Blown Wide Open” and “The Oaf.” Following a hiatus from 2002-2010, the band returned the following year with the #1 single “Albatross” and the album of the same name. Big Wreck has maintained a full-time schedule since then, releasing their sixth studio album …but for the sun in 2019 and embarking on a 50+ city North American Tour.

In the early weeks of 2020, the members of Big Wreck were returning home after a heavy few months of touring, ready to settle into a cyclical period of workshopping and woodshedding new material. Of course, an emerging global pandemic unwelcomely extended a few months of creative respite into nearly a year-and-a-half of inactivity and uncertainty. But borrowing whatever adage you’d like about lemonade or open windows, frontman Ian Thornley and his bandmates decided to take full advantage of the downtime. Following that lengthy span of experimentation and gestation, the band hit the studio with revered producer Eric Ratz (Billy Talent, Arkell’s) returning behind the board. The result is a wealth of riches for the Big Wreck faithful and new fans alike; 15 tracks divided into three EP’s that capture the essence of every entry in their celebrated back catalogue while pushing into some unexplored sonic territory and that’s saying a lot considering the resumes of this particular group of players.

Joining Thornley and long-time bassist Dave McMillan for the sessions is guitarist Chris Caddell, who entered the fold in 2019 following the passing of founding guitarist Brian Doherty. Another fixture in the line-up is drummer Sekou Lumumba, who performed with Thornley’s eponymous solo project in the early aughts and a diverse group of other big names since. Big Wreck is ready get back to bombarding audiences with its signature brand of rock.