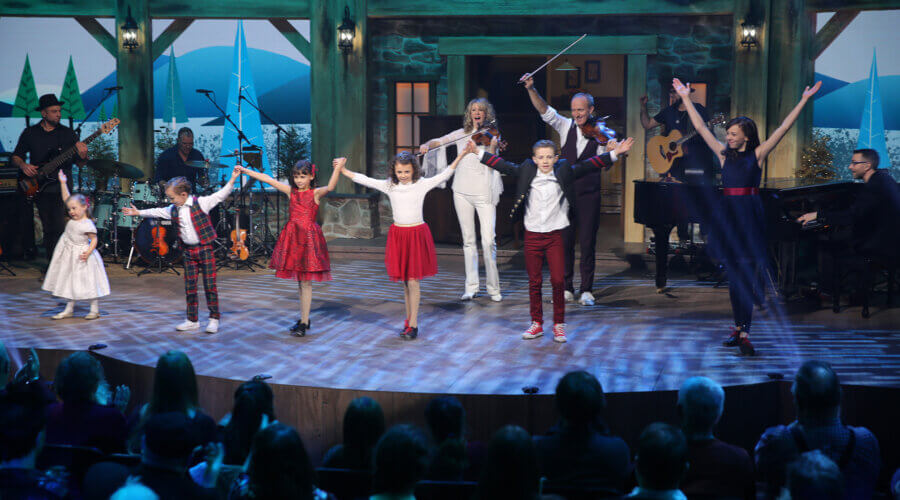 Those who have experienced the duo perform before will know that audiences are in for a real treat, as the accomplished musicians dazzle spectators with their high-energy and festive setlist. This year, the pair will once-again be joined by their incredibly talented children, making the show an unforgettable celebration of family and Christmas.

“We have been doing [this show] for a good decade or so. We have our band with us, [and] we have our seven kids with us. [Over the years] Donnell and I have honed our craft. Those who know our music know what we’re about, and certainly those expectations will be there and be met. We haven’t changed at all in that regard,” MacMaster said of the opportunity to tour with her family, year after year. 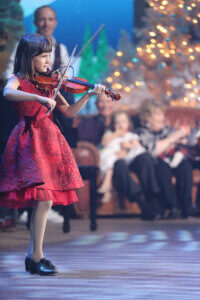 Next Tuesday’s concert is guaranteed to impress both new and returning audiences, as the duo have prepared a set filled with traditional holiday favourites from their 2016 album, A Celtic Family Christmas, as well as some brand new music which will be performed for the very first time. “The show has some beautiful Christmas music, some of which is from our CD but some of which is newly composed music that has not been played in public except on this tour.

“[It’s] a fun, spirited, energetic, evening, combined with some beautiful moments. It is Christmas, and of course we celebrate the true meaning of Christmas, and we are happy to share that with our family and the audience.”

It’s a fun, spirited, energetic, evening, combined with some beautiful moments. It is Christmas, and of course we celebrate the true meaning of Christmas, and we are happy to share that with our family and the audience.

The tour began last month in B.C., before making its way westward to Alberta and Saskatchewan. After a brief pause at the end of November, the 2022 Celtic Family Christmas Tour returned to action this week in St. Catherines Ontario. “We are so happy to be doing this. We have missed that part of our lives… There’s been a part of us that’s been dormant, and it’s come [back] to life. We’re ready to [be] live with the crowd and unite again.”

Like many professional musicians in Canada, MacMaster and Leahy spent a significant portion of the past two years sidelined, as the COVID-19 pandemic shut down live music across the country. MacMaster noted that the pandemic gave her a new appreciation for the power of music and other forms of culture. “I think if music did not exist, the world would not last long… I’ve really discovered a sense of responsibility and urgency to spread culture. I think culture is the remedy for the problems in the world today.”

MacMaster and Leahy are two of the most popular Celtic musicians in the nation. Throughout their careers, the two have performed from all over the country, bringing their traditional east coast music to communities across Canada. While Celtic music may not be the most popular genre today, its timeless nature continues to resonate will all sorts of audiences, just as it has done for generations.

“We’ve been here a long time, and sure we’ve gone through different versions of us. Sometimes the industry is very interested in what we have to do, sometimes we feel like we’re not even noticed,” MacMaster said of the evolution she’s experienced throughout her career. “Despite all that, we remain… We’re still here, we still tour, we still make records, [and] we still have growth. It kind of operates regardless of which way the wind is blowing.”

We are so happy to be doing this. We have missed that part of our lives… There’s been a part of us that’s been dormant, and it’s come back to life. We’re ready to be live with the crowd and unite again.

While touring across the country with seven children in tow may seem like a challenge to most, the JUNO Award winner remarked it is no more difficult than spending months on the road away from those closest to her. “Sure, this is hard… but, touring without them is a harder hard, because you’re not with your family. Why have kids if you’re not with them, especially during those young formative years?”

MacMaster also acknowledged the invaluable learning opportunities life on the road provides for her children. “[It] also allows them to learn to navigate life, to learn be with people, and to learn the value of music when it’s put to use. [Touring] gives them a reason to practice and be in the game.” 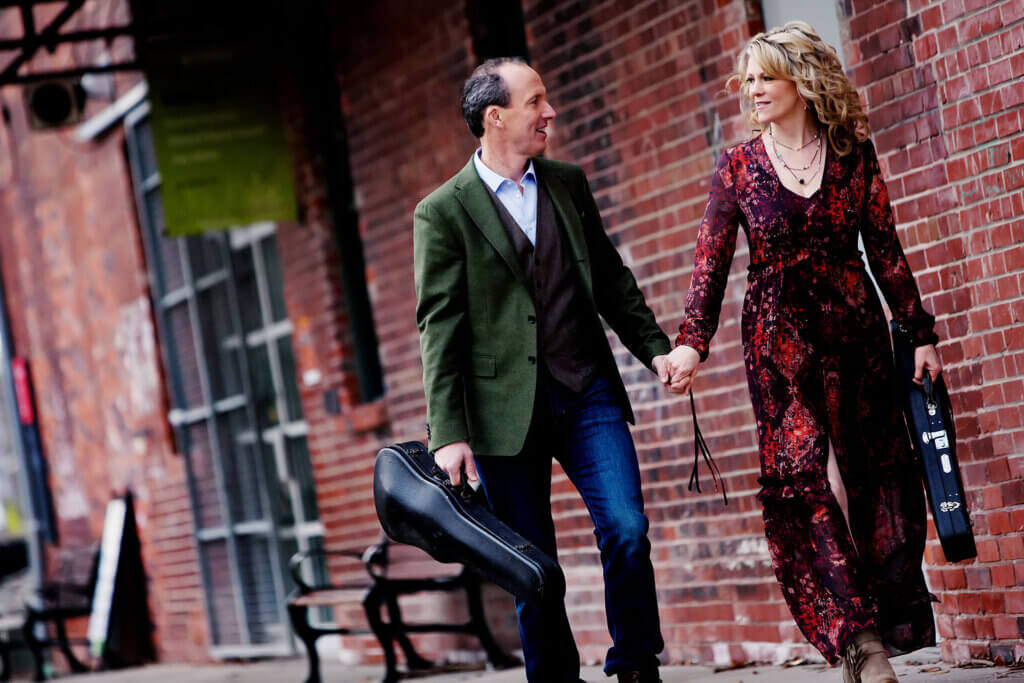 As a duo, MacMaster and Leahy are no strangers to Kingston, having performed at the Kingston Grand Theatre in the past. Even though A Celtic Family Christmas has been performed consistently for over a decade, MacMaster said she tries to reinvent the performance every year, so that now two tours are alike.

“Every year we do this Celtic Family Christmas, I just love it. [But]… every year I think, ‘oh gosh, what are we going to do next year?’ I don’t like repeating a show, we just don’t do that… Sure enough, life evolves, children grow up, music is ever evolving. By the time the next year comes around, we have new material, a new mindset, new progressions… All sorts of things that lead us to a new show.”

With an ever-evolving performance, MacMaster and Leahy are sure to attract a mix of new audiences and returning fans, with both groups set to leave the show satisfied and in the Christmas spirit. “I am what I am, and I always do a traditional Cape Breton medley, and [some] tried, tested, and true pieces of music… They’re just such rock-solid arrangements and pieces, but there’s a lot of fluctuation with the design of the show, the staging, the arrangements, and all of that.”

Grand OnStage presents Natalie MacMaster and Donnell Leahy: A Celtic Family Christmas on Tues., Dec. 20, 2022, at the Kingston Grand Theatre. Showtime is 7:30 p.m. As of this writing, the performance is nearly sold out. 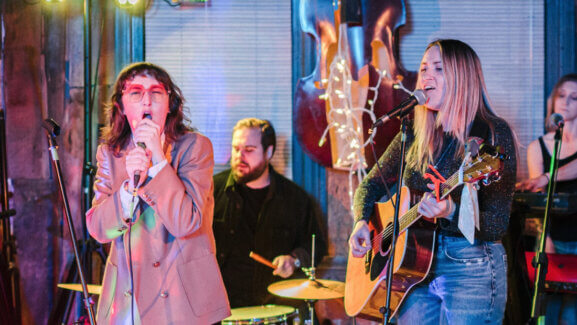