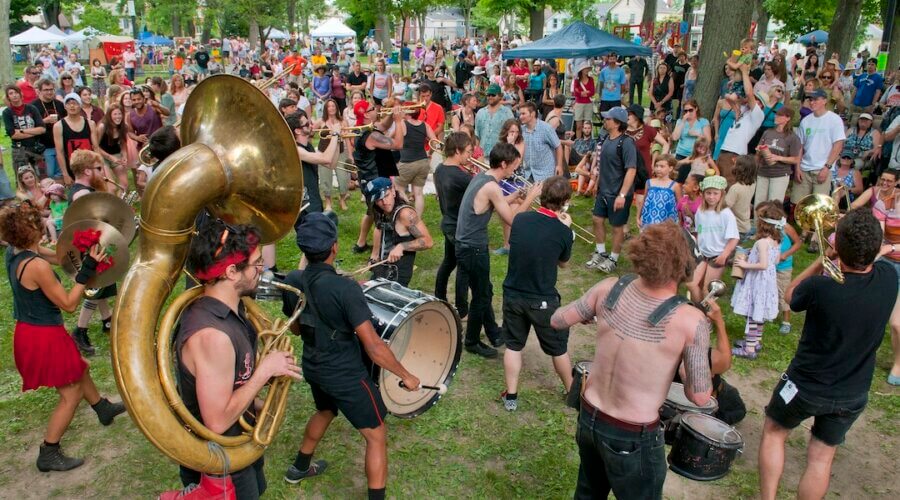 After a two-year hiatus in the midst of the COVID-19 pandemic, the Skeleton Park Arts Festival is returning stronger than ever this June.

The free festival, centred around the McBurney Park area and always during the summer solstice, will mark its 16th festival from June 15-19.

Artistic director Greg Tilson says that the celebration is arguably the neighbourhood’s “favourite social event of the year.”

“It’s going to be a great way to reconnect with people, potentially people you haven’t seen for a couple of years.”

While the festival is first and foremost a way to celebrate community and connect neighbours, it also holds its own in artistic merit and world-class performances.

Thursday and Friday will offer a scattering of activities, but the main celebration will pack the weekend with art, movement, music, food and community.

Saturday and Sunday’s programming features multiple performance stages and dozens of food, crafter and community organization vendors to explore in the park, as well as participatory activities for all ages.

Tilson is excited to see the festival return, despite the uncertainty leading up to the decision to host an in-person event this year.

“It wasn’t so long ago we were in lockdown, and during that time, we were kind of nervous about whether planning a social gathering of thousands of people was a good idea or not,” he admitted. “It was kind of trying to make that call. Because we wanted to be cautious and safe about it, we waited. As a result, it’s a bit of a rush to get it together.”

For those who aren’t comfortable venturing out, Tilson said that there will be online programming available to watch.

As programming solidifies, Tilson said that another challenge bringing the dormant festival back to life has been rebuilding its volunteer base.

“After two years it’s been hard reconnecting with volunteers,” Tilson said. “We would love to meet new people and work with new volunteers.”

Tilson is hopeful that old friends and new will come out of the woodwork to make the festival one of the best yet.

The Skeleton Park Arts Festival is the flagship event for the Kingston nonprofit organization of the same name (SPAF), which offers year-round community-building arts programming throughout the McBurney Park neighbourhood.

After two years of a global pandemic, Tilson wants SPAF to bring people back together.

“It’s about reconnecting. Fortunately, we’ve had some silver linings of programming that people have responded to really well that in many ways was the result of the pandemic, like our quarterly neighbourhood newspaper, the Skeleton Press, more engagement with public art and the NextDoor Art Exhibitions. That probably wouldn’t have happened the way it did if it wasn’t for the pandemic.

“We are still in transition as an organization,” Tilson continued. “Getting together for five days to celebrate the Summer Solstice and have a big celebration together is important, but in terms of relationship-building and bringing diverse people together, that’s a year-round project. We want to continue to move in the direction of doing community building through art, year-round.”

For more information, and a full program of events, visit www.skeletonparkartsfest.ca. 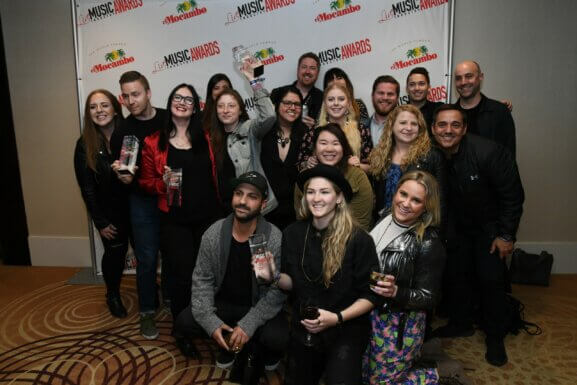 Volunteers to attend award ceremony hosted by Jully Black on June 10 in Toronto as part of Canadian Music Week.